Nik Stauskas is still coming to terms with his new nickname — and how he got it.  The NBA rookie has gone from Sacramento Kings bench-warmer to full-on marketing sensation in a week, all because of a little misunderstanding.

Kings coach George Karl put Stauskas into a game last week against the lowly Philadelphia 76ers. When Stauskas took his first shot, those watching on TV noticed the broadcast’s closed captioning system having some trouble with his name.  Nik Stauskas somehow became — in white text at the top of the screen — Sauce Castillo.

People watching at home caught it right away.  It was funny.  It became a thing.   And just last night, Kings fans celebrated Sauce Castillo Night in Sacramento.  It’s only a matter of time before they change the name on the back of his jersey.

Sauce Castillo is the latest example of what I call “The Anxiety of Inference” — our assumption that we can count on the systems we’ve built to infer what we mean to say and do.

Machine learning and predictive analytics have become so sophisticated, we expect our phones will guess our next word before we type it, our cars will know where we’re going before we put it in the nav, our restaurants will know what we want to eat before we order it.  If you’re a smartphone, car or restaurant, that’s a lot of pressure.

When it comes to failed inference, Damn You Autocorrect is by far the champ.  An infinite collection of smartphones’ hilarious mistaken presumptions, the site’s become a rabbit hole for all of us who appreciate the beauty of computers who — try as they may — don’t quite understand us yet.

To be fair, human beings can be just as guilty.  This VH1 site is dedicated to how much we’ve misunderstood our favorite songs.  And Jimmy Fallon’s new show, Lip Sync Battle (Thursdays 10pm/9c on Spike TV), is filled with big stars pouring their hearts into live performances of their favorite songs — sometimes with mistaken lyrics.

When a word is misheard or misinterpreted, whether by human or computer, it creates new meaning, and that’s called a mondegreen.  Here are some clsssic examples:

Sometimes we commit so completely to our misunderstanding of a song’s lyrics — even after we’ve been corrected — we can’t imagine the song any other way.  That’s called mumpsimus.

A few years ago, I gave a talk called The Poetry of Misunderstanding. I argued that mishearing, misremembering and misunderstanding sometimes lead to magical consequences.  The idea that the new thing that’s created when something gets lost in translation…is sometimes more beautiful, exciting and profound than the original thing we misunderstood.

Holden Caufield’s misinterpretation Robert Burns’ poem, Comin’ Thro The Rye, lies at the heart of The Catcher In The Rye.  Jimi Hendrix loved misquoted lyrics of his songs so much, he often performed them that way in concert.  And then there’s the famous mistranscription of Fall Out Boy’s hit song, Sugar We’re Doing Down, which I’d argue makes the song infinitely more enjoyable.

Now technology has given us another reason to laugh and celebrate, this time in the form of an unremarkable, unwitting rookie from the Sacramento Kings, who may never achieve a thing on the court, but who shall live on forever as… a sauce. 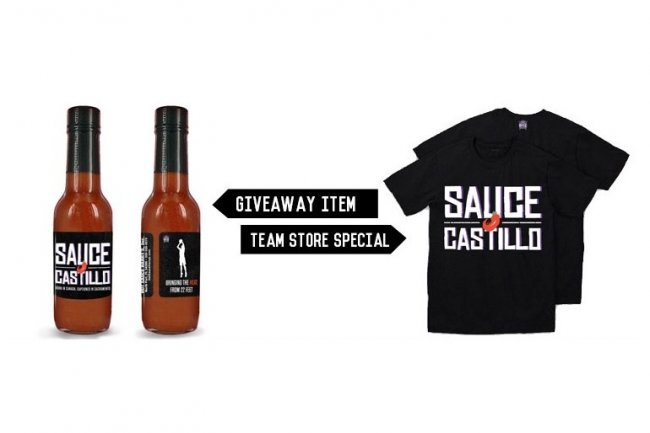 Am I a people person?  Depends what kinds of people.

I’ve got the great fortune of a life filled with amazing folk.  People from all walks of life who inspire everyday wonder and joy — they’re probably the greatest thing I’ve got going for me nowadays.

As we emerge from the brutal winter, I’ve noticed certain kinds of people I’ve been staying away from.  Who, as I learn more about who I am and what I care about, I’m flagging on my radar faster than I used to.

Self-defense?  Maybe.  Or just that I know what I want, I know what makes me happy and healthy, and I’m going for it.

My friend, Gary Vaynerchuk, had an idea: “I’d round up the top 50,000 to 500,000 people that I can find who have those qualities — empathy and self awareness (which in turn lead to lack of cynicism) — and make them mate with each other at scale.”  Good idea!  (Then he wondered what we’d do with all the other people still around, people “who make the world worse.”)

Here are some of the kinds of people I say we all start watching out for.  If we team up, maybe we can scare them away.  And maybe we won’t become them, either.

1. People who know how this all began.

2. People who can’t contain themselves.

3. People who think nobody notices.

4. People who don’t know what they’re afraid of.

5. People who read too much.

7. People who know the answer.

9. People who have no tattoos.

10. People who have no questions.

11. People who would never work for you.

12. People you can’t not invite to the meeting.

16. People who know how this will end. For 35 years, BRIC’s been driving and reflecting the cultural diversity and creativity of our favorite borough, led by its brilliant visionary, Leslie Schultz.

Here’s what we had to say about this special place:

It’s a rainy Saturday and The Best American Poetry blog features a story on Boston introducing poetry into its mass transit system.

Subway poetry isn’t new.  From the PERverse to the SUBverse, graffiti poetry has always lit up the underground.  Here in New York, “Poetry In Motion” is the formal approach powered by the Poetry Society of America, resuscitated by the MTA in 2012.  The Poetry Society thoughtfully (if not carefully) surfaces bright lines from classic poems and clever turns from poets whose subjects reflect the rich diversity of the city.

However, probably to conform with the MTA’s mission to offend no one, poems are presented in benign rectangles with a “safe” visual aesthetic, certain to add nothing.  Its designs are often childishly reductive or unnecessarily obvious.

(The worst offense of NYC’s subway program, by far, is that it often publishes poems by Billy Collins.)

Boston is improving the model.  Its interpretive design approach serves to enhance, add dimension and attract commuters who might otherwise have their heads stuck in the same device they’ve been staring at all day.  Even when sad or contemplative, like this one from Amy Lowell, they fit perfectly into today’s wet doldrums: Boston is risking more than other cities because its poems often lean head first into the city’s most raw and vulnerable spaces. Like this one, called “Marathon,” by Nick Flynn: The ambition behind both efforts and their corresponding websites feels good to just about any urban dweller open to a little something different in the cracks of the day.  Why not?

A chance to stop and consider, in the dark wifi-less patches, more train traffic ahead of us.